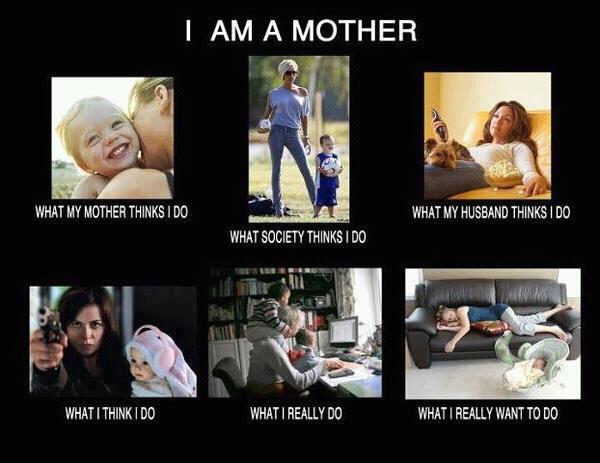 I was wondering if there are any single oldermoms who have entered into a relationship and how you presented that topic to your child?

My relationship with my ex was "lacking", so much so that my now 7yo has no memory of his father and I even kissing. After 2 years of being single, I have just begun to date and my son asked why I wanted to. I quickly realized that in his mind, showing affection (holding hands, little hello/goodbye kisses) is reserved for mommies and children. So how do I introduce this concept to him and not make him feel like I am taking something away from him?

Posted via LiveJournal app for iPad.

Has anyone out there used bedwetting alarms?
My 5yo is almost 6 and I've just dropped the nighttime pullups because I want to stop buying them.  And my engineer husband thinks the girl sleeps so soundly she's just not waking up.

Here's an uncomfortable question... literally.  Online searches turn up plenty of information about the START of lactation, and how to keep it going when there's a problem -- but what about getting it to STOP when the factory's shut down?

My daughter turns 5 tomorrow.  She hasn't had breastmilk for almost 4 years.  But my breasts still periodically get feeling engorged, thankfully not to leakage but definitely achy and uncomfortable and there's a general nervousness along with it.  Sometimes it's almost logical -- my daughter crying will trigger it.  It seems to be worse when I wear a too-tight bra.  (No wonderbra for me!)  But mostly there's no clue to  anything I can avoid or do to prevent it.

If I weren't on medication, I'd see if it would help to pump & donate -- but I can't give my migraine meds to an infant.

Neither my OB nor my regular doctor thought it was anything worth doing anything about --but they're not living with it.  I wondered if anyone in lj land has any similar experience or suggestions.  I can't even decide if I should mention this to the doctor(s) again.

I finally got a positive pregnancy test for #3 after 2 years of trying. LOL  It certainly took longer than the first 2.  I'm feeling relatively well save for Guerilla Nausea that likes to sneak up on me.

A significant increase in overall fatigue is the only noticeable difference from my pregnancies at 33 and 35 so far, but I'm only 9 weeks along, so there's still time. LOL

Anyone else find themselves expecting again, by plan or by surprise?  Any differences for you?

Anyone still here? I haven’t been on LJ in awhile.

Have any of you experienced a period that lasts too long? I’ll be 41 this month, I’ve never been on birth control, and I’ve never been on hormone replacement. My periods have always been very regular, aside from about a year and a half ago when I skipped one every two months three times in a row (or so, if memory serves). This month my period has gone beyond it’s normal 3-5 days... going on 9 days now. It’s light, but it’s freaking me out a little. I’m wondering if it’s just part of perimenopause? Or maybe fibroids? I’m making a doc appt soon, but was just wondering if this has happened to anyone else, and what it turned out to be.

I know this is a quiet list, but I was hoping not to have to post to Parenting101 for feedback.

I know intellectually that this is natural pre-K transitional fear, and I know intellectually he's not trying to tell me that he knows he's going to die in his sleep, but whenever he says anything like this I just want to hug him and stay awake staring at him all night to keep him safe.

It makes me sad that he isn't looking forward to growing up but it also makes me worry in some spooky creepy "maybe he knows something" way and I'm not getting over it.

Anyone been through this?

For any of you recieving pressure for repeat C-section:

thanks to all the ladies who responded to my previous post...c-setion vs vbac. the stories you shared were amazing. i know this is totally a personal decision so i appreciate your candor.

however, i do wish one of you had a crystal ball that could tell me how it was all going to work out so i could stop worrying about this. it seems like a c-section might be less traumatic for my little one that is already here since we could stay home and everything would be scheduled. but i really want to experience natural birth...if possible. i feel like i kind of missed out with her.. i wanted a vaginal birthing experience which is why i waited that long anyway. and i would've waited longer if it didn't mean putting my little one at risk. and still i don't want to risk it with her. i know this is going to be a huge change in her life as well so part of me feels like i should make it as easy of a transition for her as possible. even though deep down i want to scream vbac....vbac...vbac...like my own personal cheerleader. although even as i type that i get a twinge of guilt.
this will be something i will be posting about for months to come. please bear with me as i work this out. comments are very welcome.

i am in my first trimester with my second child and although i have a while before i even have to worry about labor i am already stressing about it.
for my first child i had to have an emergency c-section because i never dilated beyond 5cm after 36 hours. i really like the idea of trying a natural birth with the second child since no two births are the same and i could maybe deliver naturally.
the hang up is that there is no way to have a vbac in the community in which i live. this means i would have to take the then 3 year old with me to stay in a larger city for the last month of my pregnancy and hope that my huband was able to fly down in time for the birth of the baby. since the two closest cities would require flying with a newborn baby during the christmas holidays i am feeling very selfish for even thinking about this option.
that said i am wondering how many successful vbac do you know of since i only know of 1 in my area. most opt for staying in town and simply having another c-section. i am interested in hearing about personal experiences, both those that resulted in natural birth and those that might not have. also i want some feedback from some mamas out there....what would you do?
Collapse